Seems like some seriously good news for single male parents is around the corner. It has been circulating in press circles from quite sometime that in one of its recommendations to the government 7th Pay Commission has suggested that Child Care Leaves, which are currently given to female employees only, should be extended to single male parents as well. If implemented, this change can make it significantly easier for such parents to take better care of their children without having to worry about their job. 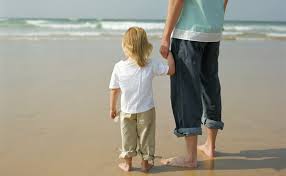 The recommendation suggests that in the events where only male parent is available to take care of a child, the responsibility of nurturing the child falls completely on his shoulders, so CCLs should be extended to male parents as well.

As of today CCLs are provided to female staff only to take care of their minor (up to 18 years old) children for a maximum period of up to 2 years.

The commission has also heard the requests of single mothers too that their unique challenges tend to be more challenging than the challenges faced by single fathers, so there’s some good news for them as well – commission has suggested in its recommendations that single mothers should be allowed to take their CCLs in six spells of the year rather than current requirement of three spells.

So far, so good. But recommendations of 7th CPC have some caveats too, which are given below:

First of all while recommending the good deeds mentioned above 7th CPC has also not forgot the fact that 2-years long period of paid leaves for child care is a rather liberal measure in comparison to everywhere else. So in order to minimize the possibility of people taking them solely because “they exist” commission has recommended that for first year (first 365 days) of CCLs people should be paid 100% of their salary, while for next year they should be paid 80% of the salary.

And in final unsatisfactory move panel has recommended abolition of “Family Planning Allowance,” which varies between Rs. 210 and Rs. 1,000 depending on the rank of employees. The panel has suggested that awareness of family planning has significantly increased among government employees, so a separate allowance aimed at that thing is not needed anymore.

However, despite all these unsatisfactory recommendations at last we can say that Pay Commission has recommended some really good changes that can significantly help government employees in nurturing their children. Child care leaves can allow parents to spend more time with their children, thus significantly improving the quality of parenting that their kids receive.

CCLs were first introduced by Sixth Pay Commission, and they earned significant interest among government employees. However, it took a little bit of effort to stabilize them. Within their short timeline since introduction there’ve been five amendments to them. In the first year after their introduction it was noticed that women considered them similar to “Casual leaves,” which resulted in frequent absences from workplaces and disruptions in the work of various government departments. Thankfully, things have stabilized since then and most government employees now understand the motive behind them.